Since 1985 shop designer and owner Jeff Pippard “Pip” set Niagara Outdoors business model out to provide serious outdoor enthusiast with the worlds finest quality materials and technologies available, paired with a multi-manufacture trained certified staff, and US Archery level 2 trainers, Niagara Outdoors offers on-going attention with personalized service designed to fit the serious outdoor enthusiast ever evolving needs. Niagara Outdoors staff is field experienced regionally and throughout North America to bring our clients up to speed with the best hidden secrets in the outdoor industry...

Endless resources at your fingertips!

Niagara Outdoors is a sole proprietor one on one style "Pro Shop." As such we have the flexibility to special order any main stream premium products as well as custom built specialty gear. This separates our business from the corporate box style retail stores with the “what you see is what you get attitude.”

Niagara Outdoors provides friendly service with expert advice. Our clients are not treated as a transaction. We strive to promote a lasting relationship with our clients and we look forward to servicing your ever evolving outdoors needs.

Niagara Outdoors has more than 30 years experience in the outdoor industry. We have a minimum of 4 types of bow presses in house at all times. This gives us the ability to work on any type of compound or crossbow. Top organizational skills, premium parts, and an efficient production layout makes job turnover fast and promotes quick response to our clients needs. Add to that... highly skilled and factory trained technicians meticulously build and tune every bow in our shop to ensure that your next bow will perform at the highest level the first time you shoot it.

Niagara Outdoors sells the finest sporting goods in the industry. They are durable and dependable premium products that will work hard in all field conditions and can be handed down for generations to come. There is no better value.

Niagara Outdoors sets the bar on price and value ... the current US retail model continues to push prices lower to trigger and drive sales, this is a race to the bottom! there are sad results to this sales ideology and it's simple, limiting manufactures to cheaper materials and designs... breeds weaker, unstable throw away products. period! You get what you pay for. Niagara Outdoors "shoots for the top" setting the bar for others to reach. Niagara Outdoors offers FREE professional services with our retail price, compare that value to the conventional retailer markup and walk out.

The sales and technical staff at Niagara Outdoors are factory trained and field experienced with all our products. We will guide you in the right direction with your purchase. offering the largest selection of premium archery inventory in the territory so you can try before you buy. This offers our clients the full experience and gives them confidence they will make the correct purchasing decision. we hate buyers remorse. THE RESULTS: Niagara Outdoors premium retail design offers a nothing to hide full transparency brick and mortar store allowing our clients to enjoy the “touch and feel" retail experience while spending time working with our technicians."one on one" 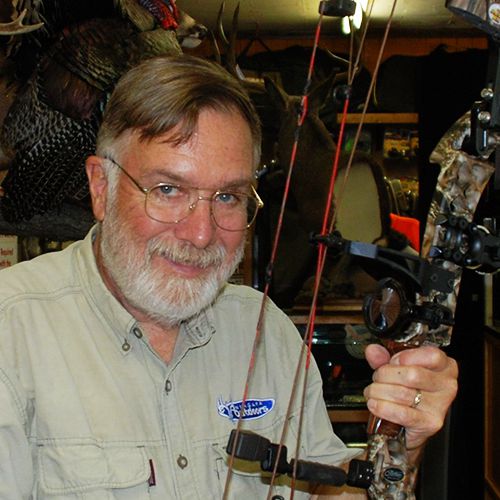 Retired: Air force Earl grew up in Niagara County hunting pheasant in the once abundant wheat-fields of Niagara county a short period later the growing sport of deer hunting got into his blood and at that point he could not get enough of the outdoors life, and nothing has changed for him at this stage of his life except the straight foreword passion he has for sharing his experiences with our clients, he always says he couldn’t dream up a better job …receiving a paycheck for sharing his outdoor knowledge and experience with fisherman and hunters on their way into the field.

Retired: Air force Retired Former owner and designer: Allegany Mountain Trail Saddles John grew up in Erie County as a city boy, but I didn’t take long for him to get addicted to the country and become an outdoor enthusiast, he was soon deep into horse and bird dog training, and that love for horses brought about the birth of his custom saddle shop, the understanding of building custom saddles lends a part of how John values teamwork in our archery pro shop, John always enjoys the job of making a ill working bow become a single hole puncher. 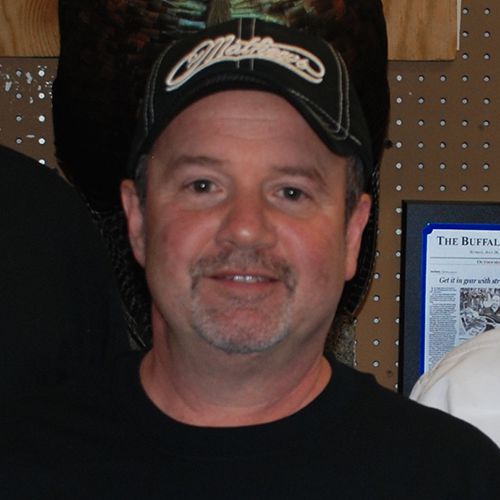 Owner and designer: Niagara Outdoors / Screamin’ Bull Cross Axis Quivers (patent #6,330,881) Growing up in Niagara county as a young man my primary experience was running a profitable trap line for fox, a short period later I started big game hunting and i always felt behind in that game, but that was not going to stop me from learning how to be more successful, one of my greatest discoveries was that i had become a student of the best teacher on earth…the animal itself. Game-on, a short period later I began honing my skills faster than ever, then my love for business opened my eyes and I realized I thoroughly enjoyed helping other hunters reach their hunting goals, now I could see full vision of my business model. Building Better Bowhunters!